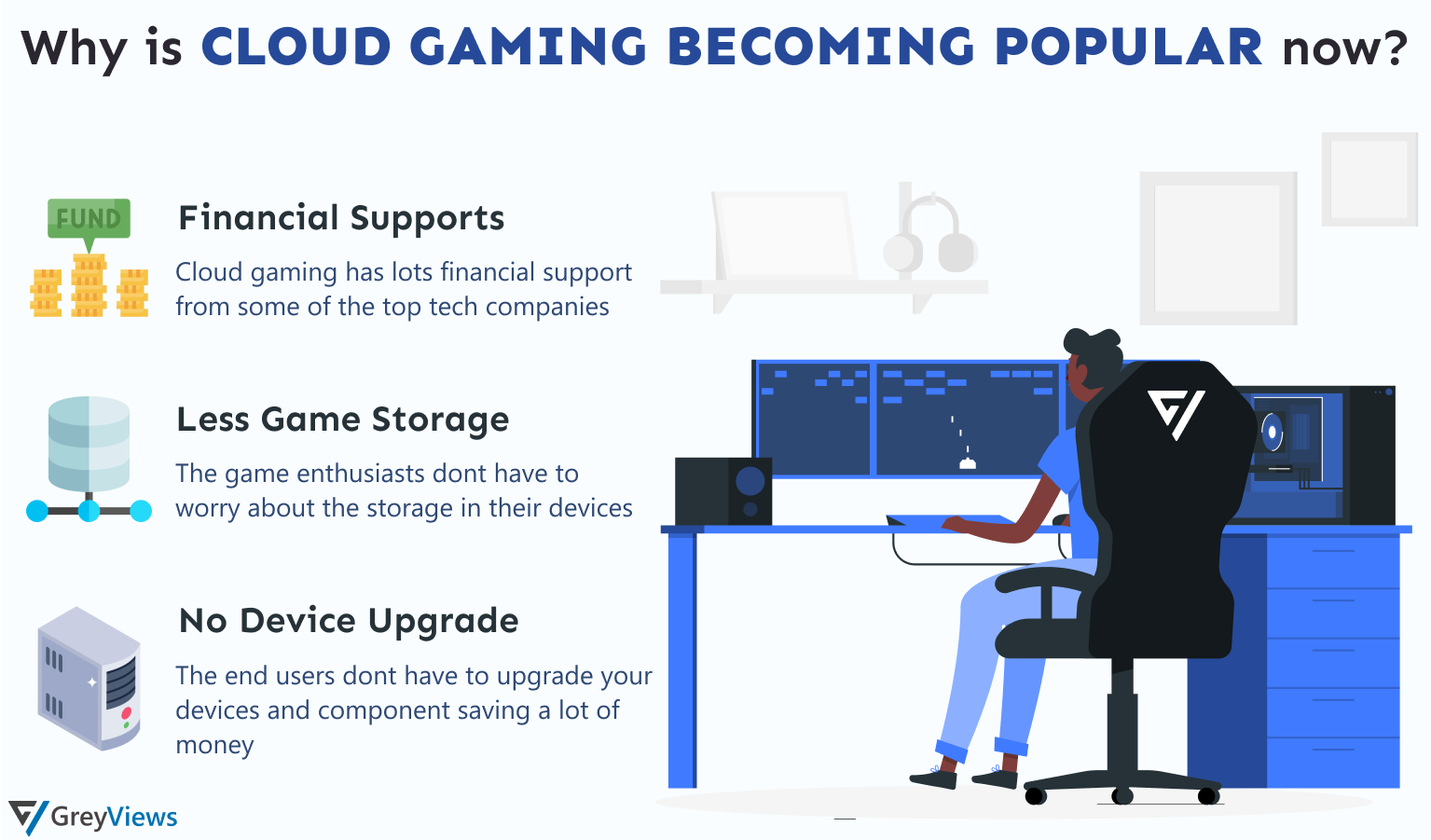 Cloud gaming which is also called gaming on-demand or gaming-as-a-service is a method of playing video games that runs on remote servers and streams directly on any device of the user. It is a method of playing video games using remote servers in data centers. This does not require downloading or installing games on a PC or console. Streaming games in the data centers just requires a reliable internet connection which is used for sending gaming information to an app or browser which is installed on the recipient’s device. The game is rendered and played on the remote server, but you can see and interact with everything locally on your device. Cloud gaming is just like Netflix or any other OTT platform where we just go and watch the shows rather than downloading them and saving them on our devices.

The working of cloud gaming

In most cases in order to access the content of the game, cloud gaming requires a paid subscription on a monthly or yearly basis. Apart from this, there are certain companies that require you to purchase the game on top of subscribing to the game.

For example, in GeForce Now the games that one purchase comes from other stores such as Steam or Battle.net. This means that one uses them locally if they purchase the required hardware. Otherwise, you will have to wait in a long line to stream these games for a short duration. While subscribing gives you more playtime. The second example is Google Stadia where one can purchase games on Google’s platform and stream them without any wait time on any compatible device in full HD. The paid subscription of the same gives you playing games in 4K and also adds several games for free in your library for as long as you have the active subscription.

Cloud streaming services are mostly compatible with the all the latest controllers using Bluetooth, along with the traditional mouse and keyboard setup. On devices with touchscreens, like phones and tablets, you’ll also see an option to use on-screen controls. Even Google Stadia works with these inputs unless you’re streaming through the Chromecast Ultra, which currently requires Google’s $70 Stadia Controller.

Read One Of Our Studies On Cloud Gaming Market

Cloud gaming started back in the year the 2000s, but due to lack of technology and internet speeds, it didn’t evolve properly.

The first major cloud gaming service was launched in June 2010 named OnLive. It was created using a small game streaming “micro” console and a special controller, much like Google Stadia does now. The game was also compatible with Windows and macOS via a browser, Android tablets and smartphones, Nvidia’s original Shield, and more.

In today’s time where there is a lot of development in the field of technology, several cloud gaming platforms are evolving. These days the internet speed is also favorable for playing games on the cloud.

The biggest drawback for the non-evolvement of cloud gaming was its infrastructure. Previous attempts of developing cloud gaming platforms like OnLive and Gaikai couldn’t make a place among users due to the lack of bandwidth and scope of services that are available today. The evolvement of Cloud networks from Google, Microsoft, and Amazon has enabled the global reach of cloud networks allowing different cloud gaming platforms to rapidly develop and expand to different regions.

Now, cloud gaming also has financial support from some of the top tech companies, enabling higher frame rates, lower latency rates, and a more convenient setup process. Apart from this the game enthusiasts dont have to worry about the storage in their devices. The other thing is you dont have to upgrade your devices and component saving a lot of money. So, instead of spending money on the new console which can deliver 4K games at 60 frames per second, one can just buy the game start playing instantly.

It is a belief that cloud gaming will probably won’t replace traditional hardware games, but it will surely change the future of gaming or perhaps it already has started changing.